Can I Feed An Island Fox? 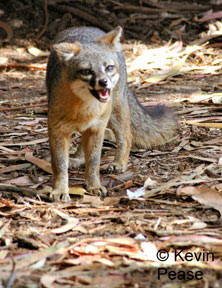 If there is one thing to remember when you visit the Channel Islands, this may be the most important. Wild animals who receive food from people frequently pay the consequences.

Emily Hamblin, Senior Wildlife Biologist on Catalina Island conveyed the news about a female fox. "We were very saddened this month to receive a call about a roadkill fox [hit by a car] on Stage Road. As soon as we heard the location, we knew which fox we were going to see."

The female Catalina Island fox was first caught as a pup in 2012. Most years she was captured and given a health check. There were physical signs that she had mothered pups. This year she received her health check and, despite being an older fox at nine years old, she was in good health.

"She was always gentle, didn't bite," Hamblin wrote, "and was easier to work with than the average fox. After we released her, she stayed nearby in the road instead of running off. From these actions, it was clear she was being fed by humans." 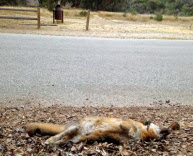 It was just two days after her health check that Hamblin was retrieving the female fox's body from the road. Part of the biologist's job is to investigate fox deaths.

"It is hard for me not to feel a bit of hopelessness as I respond to these calls over and over again...When people feed foxes on the road, they are essentially conditioned to think that dinner is in the middle of the highway. Far too often, this behavior results in foxes being unintentionally lured to their death." 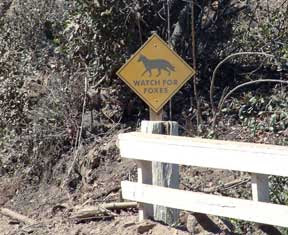 This island fox's death was preventable.

We can warn drivers about foxes near roads. We can provide Fox-Safe bins to keep island foxes out of trash and lockers for campers, but only people can make the choice to protect island foxes.

When you feed an island fox, you threaten its life. Island foxes that seek food from people end up entrapped, entangled, and in danger.

Save an Island Fox - Don't Feed It.