Friends of the Island Fox (FIF) is a non-profit 501(c)(3) charitable corporation.

FIF was originally founded in March 2005 by Pat Meyer. From 2011 to June 2020, FIF was affiliated with the Channel Islands Park Foundation and then Channel Islands Restoration.

FIF projects and programs - What We Do.

Meet the FIF Board of Directors 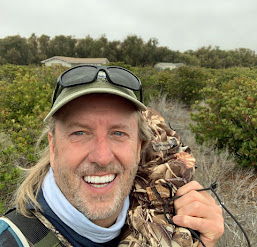 Mike Watling, FIF President
Mike brings experience as a California Naturalist and a Naturalist volunteer with Channel Island National Park and National Marine Sanctuary. He has contributed to wildlife monitoring for Ojai Valley Land Conservancy restoration efforts as well as monitoring wildlife for California State University, Channel Islands as part of campus recovery efforts following the Springs Fire. Mike is certified in wildlife Track and Sign Interpretation from CyberTrack International, the international standard for wildlife tracking. He has followed the island fox recovery effort since 2000 and has been part of Friends of the Island Fox since 2016. Look for his photos, videos and articles throughout the FIF website.

To reach Mike regarding Friends of the Island Fox: mike@islandfox.org 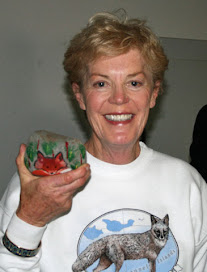 Patricia M. Meyer, Vice President and Director of Donor Relations and Fundraising
Founder of Friends of the Island Fox, Pat immigrated to the United States from England and completed her MBA through the University of Redlands, CA. Following a career as Vice-President of Personnel and Administration in the insurance industry, Pat became interested in zoology. She met Tim Coonan, fox biologist at the Channel Islands National Park, as island fox populations were plummeting. Coonan encouraged Pat to start a nonprofit organization to support island fox recovery efforts and Friends of the Island Fox was found in 2005. After directing FIF from 2005–2018, Pat now serves as V.P. and Director of Donor Relations and Fundraising. Her greatest thrill was having a wild island fox mark her backpack as its territory.

To reach Pat regarding donations or fundraising for Friends of the Island Fox Program:
(805) 228-4123 or pat@islandfox.org 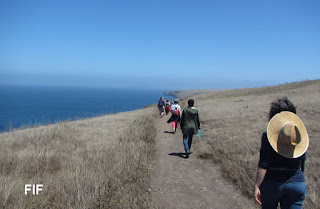 Dr. Rosanne Welch, Secretary
Rosanne is the Executive Director of Stephens College MFA in TV and Screenwriting. She is a professor, author, and serves on the Editorial Boards for Written By magazine and the California History Journal. She once worked for the FOX network as a writer on Beverly Hills, 90210, but after several visits to see the island foxes in their natural habitat she now serves to protect a real California fox. 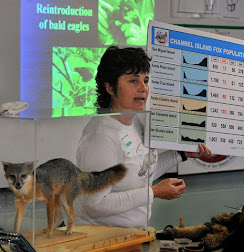 Keri Dearborn,  Education Director & Treasurer
Keri served as Friends of the Island Fox's V.P. of Education from 2005–2010 and Education Director from 2011–2017. She acted as FIF President from 2018–June 2021 and is excited to return to leading FIF's education programs. Keri earned her BA from UCLA and her MA in Environmental Education from CSU San Bernardino in 2009. She's an educator, author, and science curriculum developer. She's thrilled to see FIF taking an active role in funding island fox science.

To reach Keri regarding Friends of the Island Fox educational materials or programs:
(805) 228-4123 or keri@islandfox.org 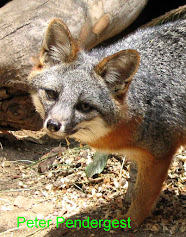 Peter has been a FIF volunteer involved in island fox conservation efforts since 2006. He is Finance Director for World Wide Theatrical Marketing Procurement for Warner Brothers Studios and brings valuable financial experience to the FIF Board. Peter is also a photographer. His photo of an island fox was the focus of FIF's first fundraising campaign. 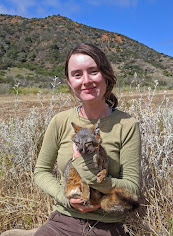 Lara is a wildlife biologist and scientific writer who has been working with island foxes on Santa Catalina and Santa Cruz Island since 2017. She has a degree in Environmental Studies from Carleton College and a Master of Science in Wildlife Biology from the University of Montana. In her spare time, she loves snorkeling, botanizing, and cooking. Lara oversaw the renewing traffic mitigation on Catalina to reduce the number of island foxes struck by cars.

Jessica is a wildlife veterinarian and epidemiological researcher with the San Diego Zoo Wildlife Alliance. She first worked as a field technician and project manager monitoring Santa Cruz Island fox recovery in 2007. Her Master's research on island fox interactions on San Clemente Island and modeling of how diseases like canine distemper move through island fox populations has informed epidemic response plans for all of the island fox populations. As a veterinarian, she provides care to injured island foxes San Clemente Island and is active in the Island Fox Conservation Working Group veterinary sub-committee. From mountain lions and elephants, to island foxes, Jessica is passionate about helping wildlife co-exist with people and easing human-wildlife conflict.

Friends of the Island Fox is a