The Legacy of Island Fox M152 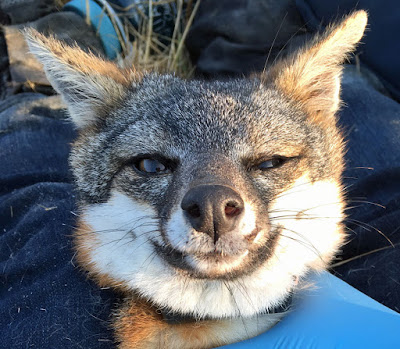 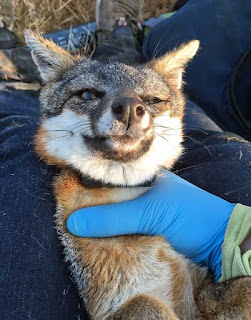 We watched this male fox on Santa Rosa Island get a radio collar. His health check was profiled and compared to his health history. Over the summer he avoided capture for 2019 health checks, but through September his radio collar tracked his normal activity.

Recently we received notification from the National Park biologists: "We are sad to report that M152's mortality was confirmed...on October 12."

M152 appeared to have died right after the biologists left Santa Rosa to do health checks on San Miguel in late September/early October. Though he appeared to have died from natural causes, his body had gone undetected too long in the warm weather for a necropsy to determine exact cause of death.

But because M152's radio collar signaled his death, and biologists were able to find his body. That means his story continues: 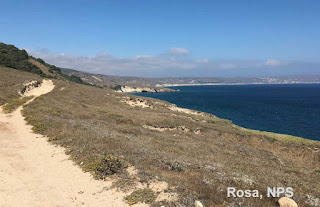 M152 was found quite a way from the location where he had been captured in 2014 and 2018. It may be that the reason he was not consistently captured was because his territory only tickled the area where foxes are counted. 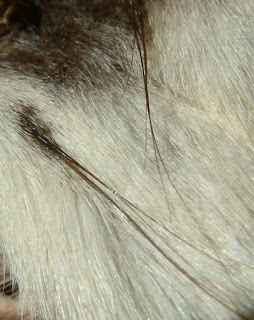 Despite his death, a whisker sample was taken from M152. This will add to the cumulative story of his diet through the stable isotope study (supported by FIF). Researchers will be able to chronicle his diet through the drought and back into a rainy 2019. His whisker will also provide information on what he was eating or how his diet changed as he neared the end of his life. 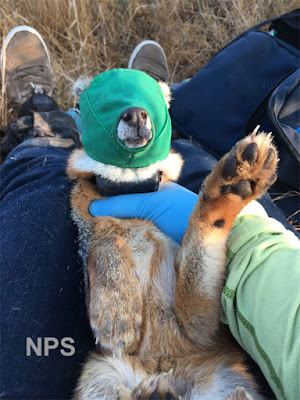 Biologist Juliann Schamel says, "M152 was one of the few collared foxes on Rosa whose exact age-in-years we don't know..." When he was first captured in 2014, it was estimated that he was 1–2 years old, by looking at the wear on his teeth.

His canine teeth have been preserved. A FIF funded research project in progress is evaluating if structures in the canine tooth can be used to verify island fox age at death. If this research is fruitful, we may be able to determine M152's age when he died. Was he the 6–7 years old that was estimated or was he older?

M152's radio collar still had two years of battery life, so it was cleaned up, disinfected and deployed on a male fox born in 2019. Male pup M164 was collared in November in the Cherry Canyon area. Cherry Canyon is frequently visited by day hikers on Santa Rosa. Because young males under a year old tend to disperse to find their own territory, M164 may take this story into a completely different part of the island.

M152 was the fox face that encouraged donations in 2019 and helped fund a record 40 radio collars for island foxes across the Channel Islands. We are sad to say "farewell" to him, but his legacy lives on.

Posted by Friends of the Island Fox at Tuesday, December 10, 2019