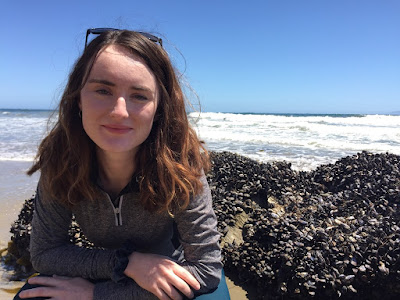 Friends of the Island Fox is thrilled to welcome Lara Brenner to its Board of Directors.

Lara is a wildlife biologist and scientific writer who has been working with island foxes on Santa Catalina and Santa Cruz Island since 2017. She has a degree in Environmental Studies from Carleton College and a Master of Science in Wildlife Biology from the University of Montana.

FIF worked with Lara on the testing of ticks on Catalina Island and efforts to slow down traffic to save island foxes from being hit by vehicles.

She brings the unique experience of working with island foxes in the field. 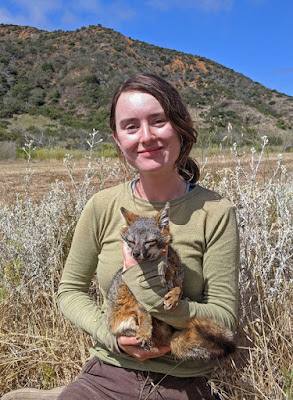 Lara says: Compared to most mesocarnivores, island foxes are a joy to work with. Their relative docility takes a lot of the uncertainty out of catching and handling them, while their curiosity and fearlessness inspire some truly cheeky behaviors (like trying to steal a bag of bait right out of your hand!).

First-time observers are often amazed to see an island fox sitting calmly on a biologist's lap with few restraints, and I've often heard the comment that they must know we're trying to help them.

I think it's more an artifact of evolution - after around 10,000 years as the apex land predator, they have no concept that they could be in any danger from a larger mammal! Of course, island foxes are still wild animals and it doesn't pay to let your guard down. I wouldn't want to reach into a cage without my trusty leather gloves - a bite from an island fox is no joke!

[What's a mesocarnivore? A medium-sized carnivore. (Think raccoon, bobcat, gray fox or feral cat.) Most medium-sized predators have to be feisty in order to catch their prey and also defend themselves from larger predators.]

Posted by Friends of the Island Fox at Saturday, September 26, 2020