Unlike a radio tracking collar that monitors the location and activity of an island fox, and has a 1-2 year battery life, these tiny microchips provide individual identification for the life of an island fox.

This technology is called "passive" because there is no battery involved. The tiny capsule is placed under the fox's skin using a hypodermic needle. The microchip stays in place between the shoulders and under the skin throughout the animal's life. When a biologist scans the island fox with a handheld radio-frequency reading device, the circuitry in the microchip sends an individualized code back to the reader. 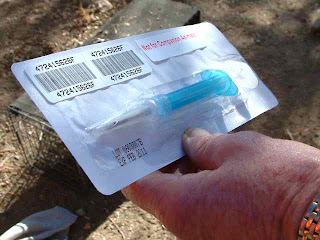 The code in each microchip is different, enabling each individual island fox to have its own unique identification number. These microchips are similar to those used in pet dogs and cats. They were first used in fish like salmon, so that individual salmon could be counted as they swam past a submerged reader. The animal just has to come in close proximity to the reader for the information to be transferred. 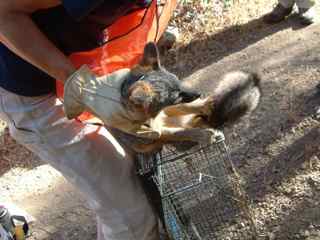 When an island fox is caught during its first fall counting, it receives a health check and a microchip. From that moment on, it is known as an individual. For example: A female island fox was caught in September 2012 on the east end of Santa Catalina Island. She had numerous bite wounds from another island fox. Her injuries were treated topically and she was released.

A month later in October 2012 a female island fox was caught on the west end of the island. The microchip ID revealed it was the same female. She was the first female island fox known to have traveled across the narrow isthmus since the foxes on Catalina became endangered. She traveled over 10 miles to get away from the territory of her aggressor. 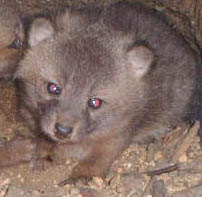 Most of the foxes to be microchipped in the fall will be pups born this month. We made our goal last year. 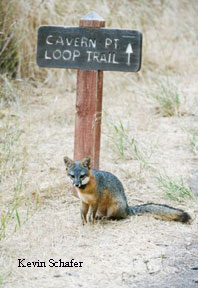 Time to go out and enjoy the outdoors. Time to make connections with local wildlife and work to make sure our wild friends have safe and healthy ecosystems.

Friends of the Island Fox will be out celebrating the successes of island fox conservation at several events this month and next. Come out and join us:

FIF will have a booth at the "Party for the Planet" 9 AM - 3 PM. The Fresno Chaffee Zoo has been a great island fox friend. Last year they provided a grant to inoculate 200 island foxes against canine distemper and in prior years they have funded 20 radio monitoring collars. 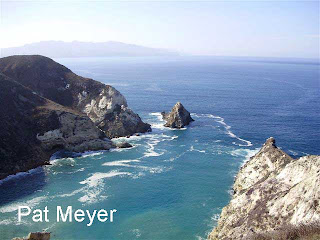 Saturday, May 18 at the Dean Dana Friendship Park Environmental Faire in San Pedro

Join FIF at the home of another endangered species, the Palos Verde blue butterfly. We'll have a booth with biofacts and activities - is your sense of smell as good as an island fox's? Come find out. 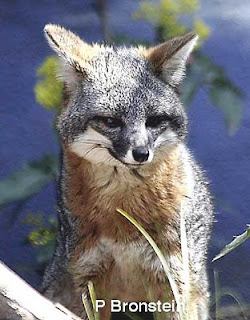 The Los Angeles Zoo is still home to a male island fox. You can visit him and participate in Earth Day Expo on Saturday, April 20th.

There is much to be thankful for this Earth Day, but there is still a lot of conservation work to do. Come and join in at an Earth Day 2013 event.