Island Foxes Thank You for 2016

2016 was an AMAZING YEAR for
Channel Island foxes!

The four subspecies, which barely escaped extinction 16 years ago, all reached stable recovery levels. This historic recovery prompted the U.S. Fish & Wildlife Service to change the status of the island fox on the U.S. Endangered Species list.

Island foxes from the northern islands, San Miguel, Santa Rosa, and Santa Cruz, were removed completely from Endangered status, while the Catalina Island fox was downlisted to Vulnerable. For more on this historic recovery. 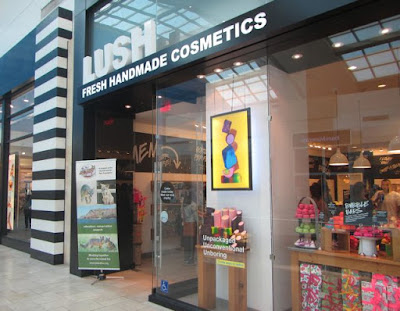 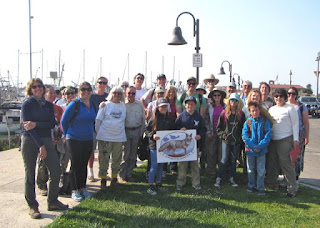 Thank you to everyone who helped Friends of the Island Fox fund the following in 2016: 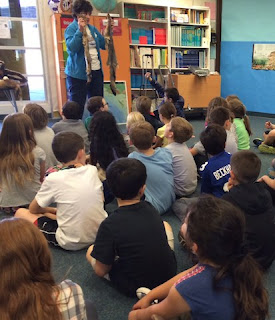 With quarters and classroom "Fox Boxes," private donations and corporate grants, YOU helped save the island fox from extinction.

May 2017 continue the community effort to protect island foxes.
Posted by Friends of the Island Fox at Tuesday, December 20, 2016

Island foxes from the northern Channel Islands are being removed from the Federal List of Threatened and Endangered Wildlife!

It is hard to believe that from just 15 surviving individuals in the year 2000, there are over 800 island foxes on Santa Rosa Island in 2016. The current Santa Cruz population is estimated at over 1500 adults and the small island of San Miguel has rebounded from a low of 15 to a stable population over 500. 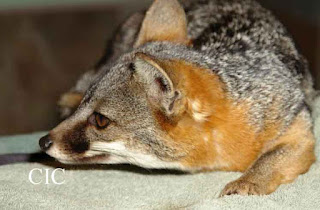 The Santa Catalina Island fox is downlisted to 'Threatened' because of the challenges this population faces in its daily life sharing an island with a human population and their pets. 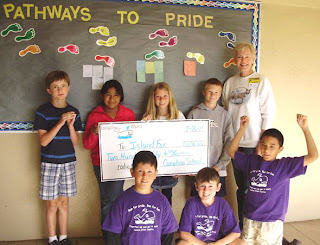 And we applaud the on-going work of the Island Fox Conservation Working Group. (We'll have an updated island fox status report from the June meeting, soon.)

Island foxes have recovered from the brink of extinction because of protection from the Endangered Species Act and the caring hard work of many people.

May we always remember that extinction can happen quickly, but species can be saved if caring people work together.

The work continues–Monitoring is vital to maintaining this recovery success.

Posted by Friends of the Island Fox at Thursday, August 11, 2016 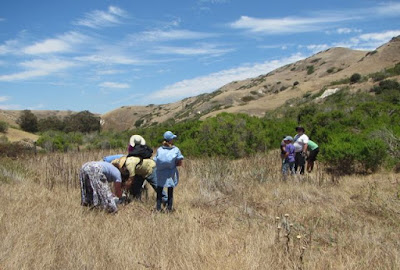 What are these families doing on Santa Cruz Island? 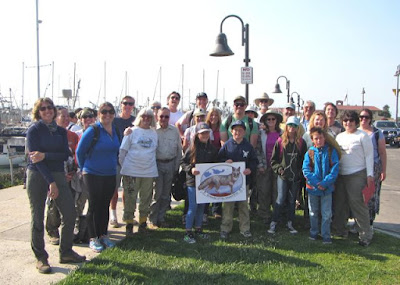 They were part of a second trip underwritten by LUSH Cosmetics that brought Friends of the Island Fox together with Channel Islands Restoration to remove invasive oyster plant (Tragopogon) from the Channel Island fox's habitat. Our June crew consisted of families, teachers, and inspired individuals. 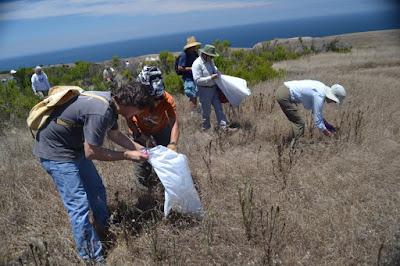 We split into two groups. The main group headed up onto the hillside to cut the seed heads off this invasive plant to stop its reseeding in the fall. 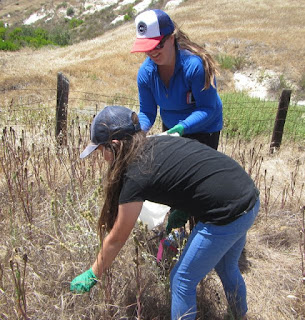 The smaller group continued our work in Scorpion Canyon.

Did we make a difference? The oyster plant was looking drier in June than it had in May but it was still producing seed heads. The dry dark stalks are the oyster plant. 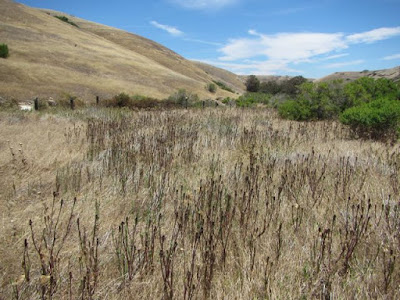 This is after we removed the seed heads and cut down the stalks. 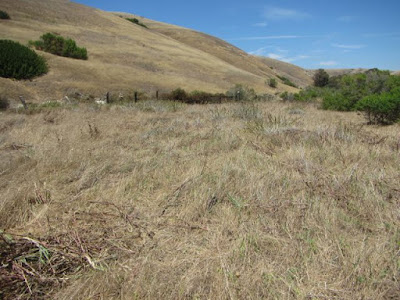 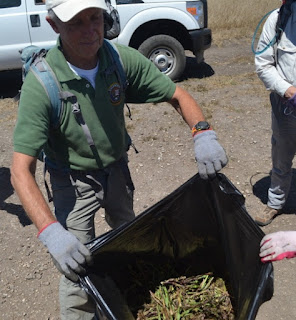 It was a job well done. We removed bags of oyster plant seed heads.

Thank you to our photographers: Keri Dearborn, Jessica Martin, and Bonnie Ferron.

Friends of the Island Fox Celebrates with LUSH Cosmetics

Come Join Friends of the Island Fox as we celebrate the unveiling of the hand and body lotion with a Channel Island fox on the lid! 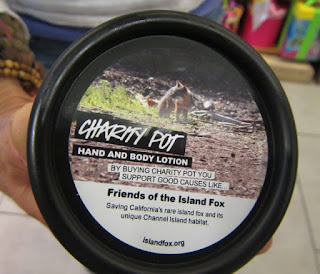 LUSH cosmetic's Charity Pot lotion raises funds for grass-roots non-profits around the world. In 2016 our grant from LUSH Charity Pot has enabled FIF to: 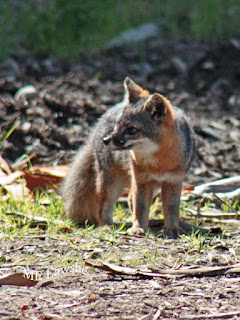 The Topanga store will have small and large Charity Pot lotions with the Channel Island fox on the lid!

Come help us thank LUSH for their support of a local endangered California species.

Join the celebration of island fox recovery and recommit your support to continue conservation efforts to keep Channel Island foxes safe and healthy into the future. 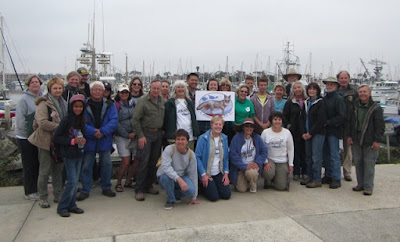 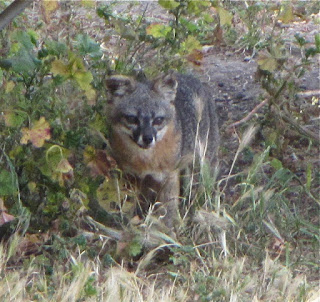 Island foxes depend on a healthy native plant community for food and shelter. To survive, they have evolved to be highly omnivorous–eating a range of native fruit, insects, and other small prey.

The island deer mouse may be food for the island fox, but in turn it depends on seeds from buckwheat, giant coreopsis, and other native island plants. Island foxes are directly and indirectly impacted when the native plant community is compromised. 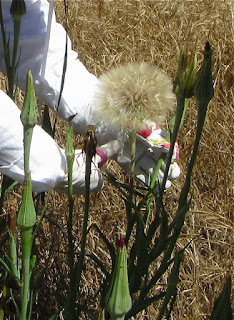 Introduced species like this oyster plant (Tragopogon) can quickly invade hillsides pushing out native plants. Though the dandelion-like globe of seeds may look beautiful in the sunlight, it does not provide food or shelter for island wildlife and it is about to spread seed far and wide with the next good breeze.

On a mission to help restore the island's natural habitat and with grant support from LUSH Cosmetics, volunteers headed out to make a positive difference. 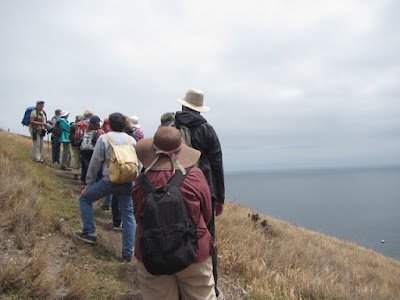 We learned about native plants on a hike to Cavern Point, then snipped our way through a quarter-mile section of Scorpion Canyon. 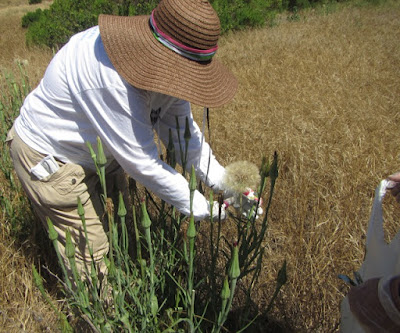 We filled trash bags with the seed heads, to decrease the invasive plant's reproduction this spring/summer. It was amazing how heavy just the seed heads were as we filled our bags.

And of course, we were thanked by visits from several island foxes during the course of the day. 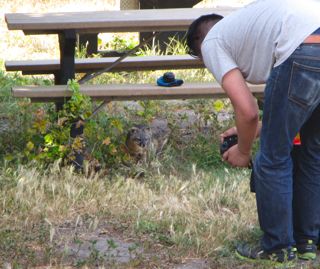 Smiling faces and black bags filled with invasive-plant seed heads being removed from the Channel Island ecosystem. It feels good to make a positive difference. If you're interested in participating in a plant restoration trip send us an e-mail at islandfoxnews@gmail.com. We hope to go out on a second trip sometime this year. 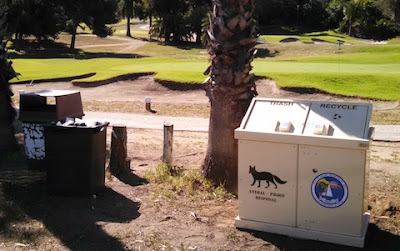 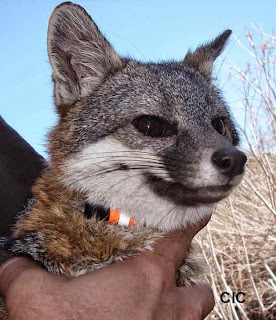 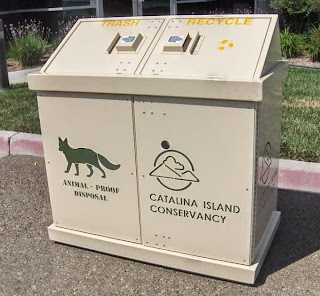 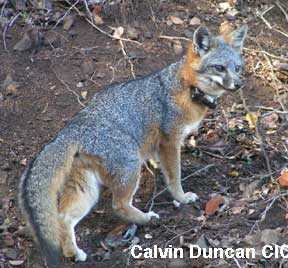 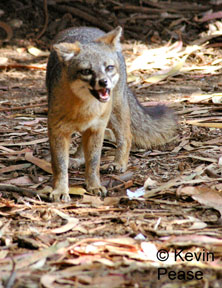