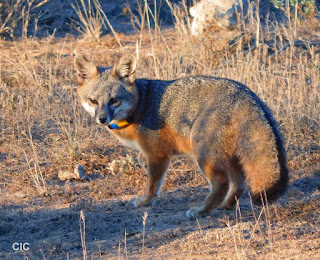 Radio telemetry collars are used across the Channel Islands to monitor island fox survival. These collars help biologists locate an island fox in real time and they give a specific signal when a fox is alive and moving around.

Fifty to sixty island foxes on each island wear radio telemetry collars. Most of these are sentinel foxes. FIF funds radio collars to monitor island foxes. 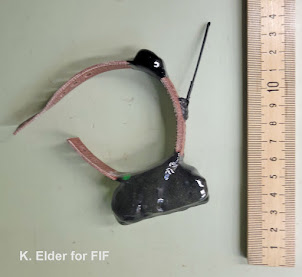 GPS tracking collars record exact GPS coordinates. They have an additional antenna (that black bump at the top). Location data is recorded at designated times or time intervals over a specific amount of days, weeks, or months.

Friends of the Island Fox is supporting two research projects starting this summer to investigate island fox territory and habitat use on Santa Rosa Island.

Katie Elder will replicate a GPS investigation of island fox territory size that was initially done when the population was under 400 individuals. Will territory size be different with the current estimated 2600 island foxes? Have these foxes reached the island's carrying capacity? 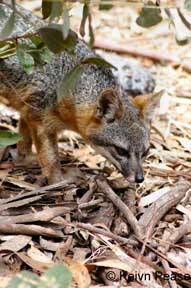 In combination, this will be the largest investigation of island fox movement and territory size ever initiated.