Unique As An Island Fox 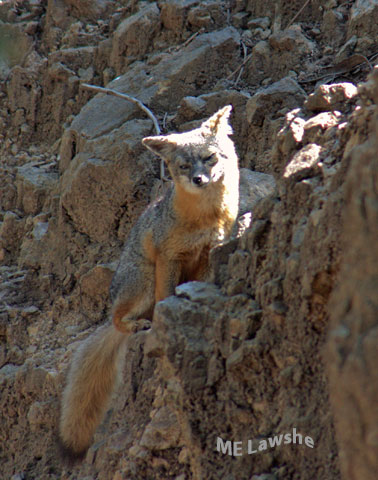 We talk about the island fox being a unique and rare species, but what do we mean?

Unlike most North American fox species, the island fox (Urocyon littoralis) lives in very small, isolated habitats. Because each subspecies of island fox is limited to its specific island, all are restricted by geography to small populations. The smaller islands–San Miguel and San Nicolas–can only support a maximum of 400–500 individual island foxes. The largest two islands–Santa Cruz and Santa Catalina–appear able to sustain 2,000–2,500 individuals. Even at their maximum, these are small vulnerable populations. Current status

Island foxes are descended from one of the most, if not the most, ancient of living fox species, the gray fox (Urocyon cinereoargenteus). (island fox beside gray fox). As such, island foxes maintain some ancient traits that are shared with felines and other carnivore species, but not with other more modern canines–like wolves and red foxes. 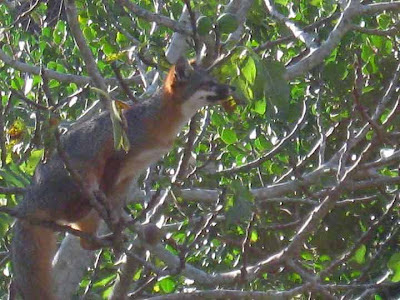 Island foxes can rotate their front paws to climb. It is not unusual to see them up in small trees or large shrubs.

During captive breeding efforts to save island foxes from extinction, it was discovered that females do not go into a seasonal breeding heat. Female island foxes only have a hormonal surge and ovulate after contact with a male. This is called induced ovulation. Island foxes are the only known canine species to exhibit this reproductive trait, which is typical of cat and bear species. It is a primitive trait of Order Carnivora. This trait is most likely true for gray foxes, but because they are numerous in the wild, their reproduction has not been closely studied.

While the island fox evolved from an ancient canine lineage, it is a recently evolved species. Mitochondrial DNA places the island fox splitting away from the gray fox ancestor approximately 9,000 years ago. 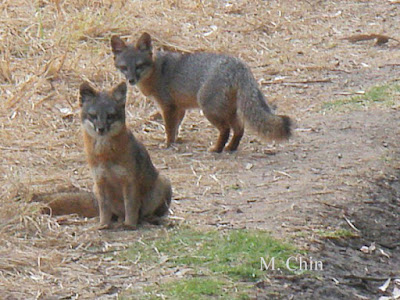 Island foxes are the smallest fox species in North America. (island fox vs. fennec) Their small size is the result of island dwarfism. They also are impacted by island syndrome: changes in behavior and characteristics that have evolved over time due to the conditions in their island environment.

Island foxes are more active during the day than most gray foxes, because they lack a natural predator on the islands.

Resources on the Channel Islands are limited. Therefore, island foxes are highly omnivorous and eat a range of native fruits.

Living in a limited area, they sometimes experience higher density than most other fox species (more individuals living per square kilometer). Island foxes can be more accepting of other foxes in their territory during some parts of the year, but display higher levels of aggression and territoriality toward other foxes during breeding season. Observing island fox behavior 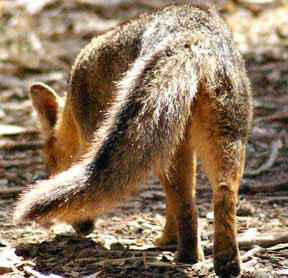 Island foxes have shortened tails. The number of vertebra in the tail ranges from 15–22 (depending on the subspecies). The cause or benefit for this adaptation remains unknown.

Perhaps the most unique trait of island foxes is their long and close relationship with humans. Living on the Channel Islands for thousands of years with indigenous peoples and then generations of ranchers, island foxes are habituated to people. They are wild creatures that are comfortable in the company of people. It is an amazing experience to share trails on the island with these bold little foxes. Step aside and they walk right past you. 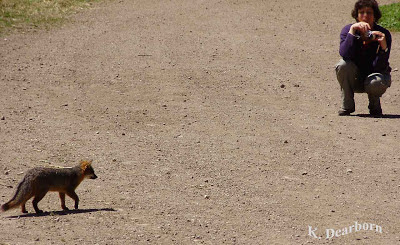 In the following weeks we'll compare California's other fox species with the island fox.

Posted by Friends of the Island Fox at Friday, February 12, 2021