Celebrating the Successful Recovery of the Island Fox 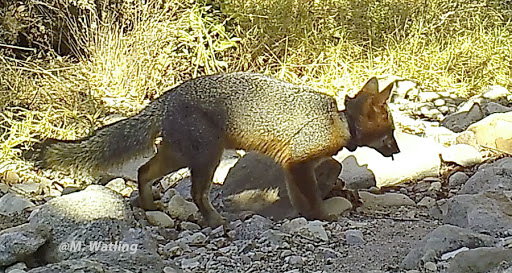 Once on the brink of extinction, the island fox now roams freely across the Channel Islands. It's a conservation success story. On the four-year anniversary of the official U.S. Fish & Wildlife Service announcement removing the island fox (Urocyon littoralis) from the Endangered Species List (ESL), foxes are stable in number and overall health.

In spite of the fact that this remarkable recovery is still celebrated today, conservation work is never completely done. Island foxes remain a conservation-reliant species. Threats still exist to the foxes from parasites, viruses, and human impacts as the islands are visited more and more each year. Keeping island foxes safe and healthy requires understanding of their diet, reproduction, lifespan, behavior, and disease threats.

On-going research doesn't just benefit the island fox. The lessons learned help other rare species as well. The Sierra Nevada red fox is benefiting from viable population modes that were developed for island foxes on Catalina. While not a one-to-one relationship, it is a reference that provides related information for another fox's demographic needs. It's science for Fox sake! 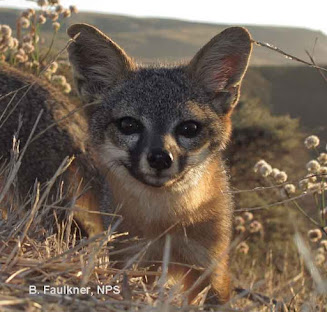 The power of partnership and focus can realize dramatic results and we have to look no farther than the group of islands off the Southern California coast. Today each spring fox kits are born as helpless little beings that would not survive without their parent's constant attention. In the course of six short months these tiny helpless creatures grow into self-sufficient cinnamon, gray, and black-colored predators that leave their birth den and seek out their own piece of the island. Those long summer days spent with their parents learning fox philosophy ensure the cycle, inherent in the fox's life, completes itself for the continued survival of the island fox. - Mike Watling 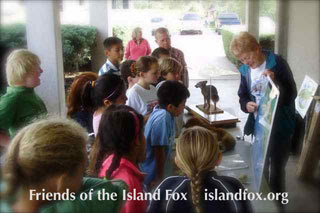 Friends of the Island Fox celebrates the recovery and continued success of the island fox with all of our donors, Island Fox Ambassadors, volunteers, and partners, especially:

Friends of the Island Fox is accepting applications for our 2020 FIF Research Grant through August 31, 2020. More info and application