Sixth grade students from Blackstock Middle School in Ventura, California reached out to help endangered island foxes. They made special donation boxes with the saying "A Box for A Fox." 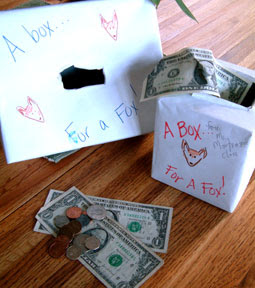