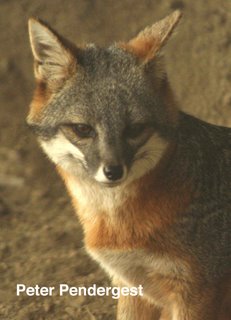 “Celebrate Earth Day at the Zoo”
The L. A. Zoo will be highlighting California species during their Earth Day celebration. Friends of the Island Fox will be on hand to offer special activities both days.


We will be located near the island fox exhibit in the zoo. Come by, say ‘Hello’ and meet an island fox.
More on L.A. Zoo hours and directions:
www.lazoo.org 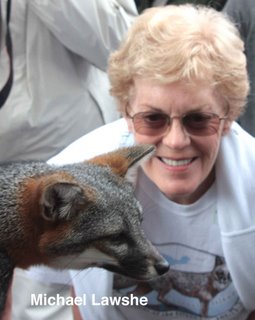 The Santa Barbara Zoo is opening their new California Trails exhibit complex. This $6 million construction project includes a renovation of the Channel Island fox exhibit and Condor Country - only the second zoo exhibit in America to display California condors.

Joining the island foxes and California condors are exhibits displaying desert tortoises, bald eagles and Rattlesnake Canyon. Rattlesnake canyon “showcases endangered reptiles and amphibians found in the Los Padres National Forest, including the red-legged frog. The [Santa Barbara] Zoo works in the field with the U. S. Forest Service to monitor this species, which has been decimated due to nonnative predators, such as bullfrogs, pollution, and habitat loss due to development. Western toads, now also facing habitat loss, are also displayed along with rattlesnakes, salamanders, newts, and other frogs.”

The renovated area also includes “the new Explore Store [which] demonstrates how buying "green" directly helps protect the habitats of these creatures, both around the world and in California.”

The new exhibits at the Santa Barbara Zoo offer an exciting opportunity to meet California’s native creatures. The special celebration on April 25th will also offer the chance to see Finnigan, the ambassador island fox. More about Finnigan.

Come out and support these two zoos that have played an important role in aiding the island fox.
Posted by Friends of the Island Fox at Tuesday, April 14, 2009