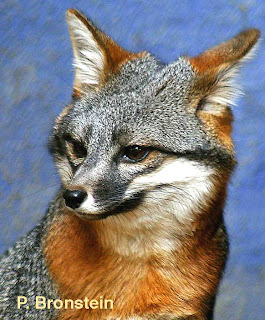 Sometimes you have to look behind the scenes to see the important role that zoos play in wildlife conservation. The island fox has several important zoo friends. 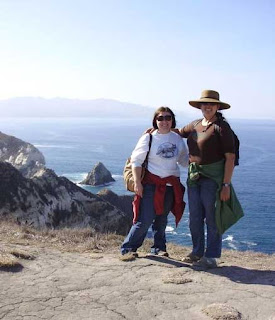 Fresno's Chaffee Zoo has been a vital partner in island fox recovery and health for 16 years. It started with a few zoo keepers committed to helping island foxes and a donation for a radio-tracking collar.

When the zoo established their Wildlife Conservation Fund, Friends of the Island Fox was a 2014 grant recipient. Over the years, the FCZ Wildlife Conservation Fund has funded not only radio collars, but vaccinations, equipment for safe capture of island foxes, important evaluation of island fox blood samples for evidence of disease and other critical health measures. 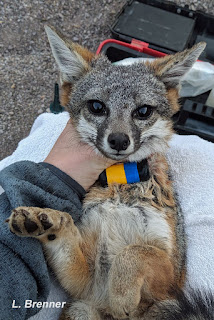 In January of 2022, the FCZ Wildlife Conservation Fund provided a special one-time grant that funded the refurbishment of 15 radio collars for Santa Cruz Island foxes. These collars were all placed on island foxes over the last month. The grant also helped fund vital testing for disease among island foxes.

Friends of the Island Fox just received our FCZWCF grant of $3,200 for 2022. This funding will go toward health monitoring and/or vaccinations for island foxes. 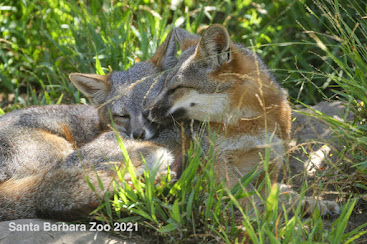 Lewis and Clark (above) are brothers who were abandoned by their parents in the midst of drought on San Clemente Island. Today these two island foxes play an important role for their wild relatives. Because they live in a controlled environment with ready access to veterinary care, they are health advocates for other island foxes. They provided samples to the island fox microbiome research study. 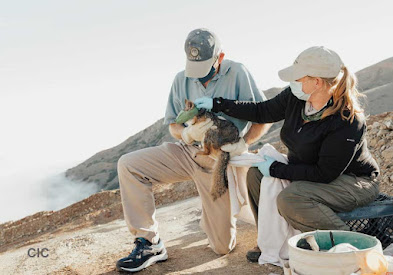 Island foxes are very susceptible to introduced diseases. Many vaccinations for dogs are not safe for island foxes. In the controlled environment of the Santa Barbara Zoo, Lewis and Clark were vaccinated against Covid-19. They had no ill side-effects. Zoo veterinarians monitor whether the vaccine continues to protect the two foxes. If necessary we know island foxes can be safely vaccinated for Covid-19.

Island Foxes at other Zoos

FIF is thankful for the continued support of island fox conservation from our Zoo Friends.

Posted by Friends of the Island Fox at Friday, September 09, 2022